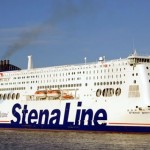 A Passenger service has operated from Harwich to Hook van Holland since the late 19th century apart from a break during the Second World War. In 1883, the Great Eastern Railway moved its English base from Harwich to Parkeston Quay … Continue reading → 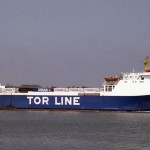 Tor Line was founded by Trans Oil and Rex Shipping (Tor) to instigate a modern passenger, car and freight service across the North Sea from Sweden to the UK and Holland. The Tor service followed a triangular route pattern serving … Continue reading →