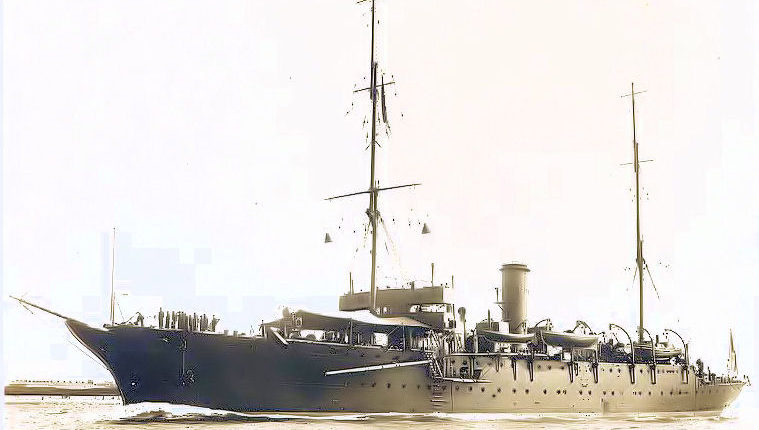 Services provided by a depot ship depend upon whether typical client warship missions are measured in hours, or days, or weeks. A warship crew may be expected to remain at their stations for missions measured in hours, but longer missions may require provisions for dining, sleeping, and personal hygiene. The crew of small warships may carry individual combat rations and urinate or defecate from the weather deck. Longer missions typically require storage provisions for drinking water and preserved food, and some resting area for the crew, although rest may be limited to a sheltered spot to sit or recline. Cooking may be limited to warming food on an exhaust vent, and buckets may be used for bathing, laundry, and sanitary waste. Habitability standards vary among navies, but client warships large enough to include a head, bunks, a shower, a kitchen stove, refrigerated food storage, a drinking water distillation unit, and a laundry require little more than medical and repair service from a depot ship. Depot ships undertake repair work for a flotilla of small warships, while repair ships offer more comprehensive repair capability for a larger variety of fleet warships. Depot ships also provide personnel and resupply services for their flotilla. Some depot ships may transport their short-range landing or attack craft from home ports to launch near the scene of battle.

Submarine Deport Vessels were also used to facilitate the carrying out of essential maintenance, transfer of fuel, ammunition and torpedoes from the depot ship to the submarine.

HMS Ambrose was a cargo and passenger liner built by the Sir Raylton Dixon and Company shipyard and bought by the Admiralty from the Booth Steamship Company ,The ship was launched on 31 March 1903, Early in World War I and converted into an armed merchant cruiser. Later in the war she was converted into a submarine depot ship and spent most of the 1920s supporting submarines in the Far East. Upon her return home in 1928, Ambrose was placed in the Reserve Fleet. She was later modified to support destroyers and did so throughout World War II before she was sold for scrap in 1946.

She was renamed HMS Cochrane on 1 June 1938, Cochrane served as a depot ship during World War II and was paid off on 1 March 1946. The ship was sold for scrap in August and arrived at the breaker’s yard at Inverkeithing on 13 November 1946.

HMS Cyclops was built as merchant ship Indrabarah by Laing and was launched 27th October 1905. She served during the Great War and was used as a Submarine depot ship in the Mediterranean. During the Second World War she served as the depot ship for the Royal Navy’s 7th Submarine Flotilla and was based in Rothesay. A number of Wrens worked on board, mostly performing administrative duties.

After a refit in 1920, Cyclops became the Depot Ship for the First Submarine Flotilla, at Chatham, then took that Flotilla out to Malta in 1926. Cyclops remained in the Mediterranean until 1938, when she was relieved by Maidstone. She served in home waters throughout the Second World War, firstly at Harwich, then Rosyth and then at Rothesay from June 1940, working with the operational boats of the 3rd Flotilla running from HMS Forth at Holy Loch, further up the River Clyde.

Cyclops was scrapped on the 29th June 1947 at Newport.

HMS Maidstone was Submarine Depot Ship, built by Scott’s of Greenock and Launched on the 29 April 1912. Maidstone was commissioned at Portsmouth and served with submarines at Harwich throughout the war. she was sold for Scrapping on the 31st August 1929.

HMS Superb was a Minotaur-class light cruiser of the Royal Navy. She was laid down by Swan Hunter & Wigham Richardson, of Wallsend, Tyne and Wear on 23 June 1942, launched on 31 August 1943 and commissioned on 16 November 1945. Superb was involved in the Corfu Channel Incident in 1946, but otherwise had an unremarkable career. In 1953 she took part in the Fleet Review to celebrate the Coronation of Queen Elizabeth II. She spent some time as the flagship of Rear Admiral Sir Herbert Packer, and was decommissioned in 1957. She was sold three years later and arrived at the Dalmuir yards of Arnott Young on 8 August 1960 to be scrapped.

Although Superb was the latest of the line of 6-inch gun cruisers to be completed, (the 1943 Minotaur class followed directly from the 1938 Colony and 1936 Town classes), she was also one of the first of this type to be broken up. Plans for her modernisation were abandoned after the Duncan Sandys 1957 defence review. No more cruiser modernisation were approved, with new guided missile ships to take precedence. Pre-war ships lasted longer, showing the difference between peacetime and wartime building standards.

HMS Tyne was a Hecla-class depot ship launched on the 28th February 1940 by Scotts Shipbuilding of Greenock. HMS Tyne arrived at Eniwetok in July 1945 to act as a headquarters and repair ship for the oilier groups and their escorts and also to act as a communications link between the Fleet and Manus, which remained the Fleet Train base. The Tyne left Eniwetok on 8 August, when the last of the tanker groups returned to the operational area off Japan, and preceded to Manus, where she was when the War ended. She remained with the British Pacific Fleet until 8 August 1946, when she left Sydney for the United Kingdom, arriving at Devonport on 16 September. Thereafter, she was placed in reserve at Harwich.

The Tyne finally paid off on 27 March 1961, at Portsmouth, where she was placed in “Operational Reserve” and employed as a harbour accommodation ship. In July 1964, she was placed on the Disposal List and was eventually sold for scrapping on 11 August 1972.

HMS Woolwich  was a depot ship and destroyer tender built for the Royal Navy during the 1930s. The ship was initially deployed to support destroyers of the Mediterranean Fleet. During World War II, The ship was ordered on 4 April 1933 as part of the 1932 Naval Construction Programme. She was laid down by Fairfield Shipbuilding and Engineering Company in Govan on the River Clyde on 24 May 1933. Woolwich was launched on 20 September 1934 and completed on 28 June 1935. She was deployed to the Mediterranean after completion and was in Alexandria at the beginning of World War II in September 1939. The ship returned home and was based at Scapa Flow supporting destroyers of the Home Fleet by mid-1940. Woolwich sailed again for the Mediterranean in September; while circumnavigating Africa, she had to put into Mombasa, Kenya for repairs to her boilers before she arrived in Alexandria in November.

In mid-June 1942, Vice-Admiral Henry Harwood, Commander-in-Chief, Mediterranean Fleet, ordered all non-essential ships to leave Alexandria as he was preparing to demolish the port facilities there to prevent their capture by the advancing Panzer Army Africa. Woolwich and the repair ship HMS Resource, escorted by six destroyers, were transferred south of the Suez Canal until the victory at the Second Battle of El Alamein in October allowed them to return to Alexandria. She remained there until late 1943 when she was assigned to the Eastern Fleet and based at Trincomalee for the rest of the war.

Woolwich sailed back to England in 1946, but rejoined the Mediterranean Fleet the following year where she served as flagship for the Flag Officer, Mediterranean Fleet Destroyers. The ship sailed from Valetta, Malta on 7 February 1948 for Harwich where she served as a maintenance and accommodation ship for reserve ships based there. Woolwich was refitted in Rosyth in 1952 and then transferred to Gare Loch to perform similar duties there. She was refitted again in Rosyth five years later and served as an accommodation ship in Devonport from 1958–1962. Woolwich was sold to Arnott Young in 1962 for scrap and arrived at Dalmuir, Scotland, on 18 October to be broken up.